You are using an outdated browser. Please upgrade your browser to improve your experience.
by Brent Dirks
April 9, 2014
With iTunes Radio failing to stop the decline in music downloads, Apple is considering a major shakeup of iTunes, according to Billboard. Officially launching in September with iOS 7, the lauded iTunes Radio has apparently been unable to get music lovers interested in paying to download songs again. The report said that only 1 to 2 percent of listeners buy songs, and that overall downloads have slipped around 15 percent. So Apple is reportedly considering some eye-opening measures to compete with Pandora, Spotify, and other subscription music services:

As a result, Apple is being forced to consider options that would have been out of the question a few years earlier – an on-demand streaming service, an iTunes store for Google’s Android devices and negotiating download sales windows that favor Apple as first reported by Billboard. How Apple transforms iTunes, however, remains hotly debated, both within the company and among Apple’s content partners, sources say. Apple’s desire for a smooth transition is complicated by an urgency that iTunes must move quickly as people move away from downloads, where Apple controls 90% of download music sales in the U.S., towards streaming, where Apple is overshadowed.

Apple does have a subscription service option for music lovers, but it is much different than what is offered by its rivals. For $25 per year, iTunes Match allows users to play iTunes Radio without any advertisements. A subscription also allows users to match their existing music library with versions that can be accessed via iCloud. But only around 1 million people subscribe to the service. I’m definitely one of the listeners who have abandoned the music store side of iTunes in favor of streaming music services. I’d much rather pay my $9.99 per month fee to Spotify and have access to millions of songs instead of having to deal with downloading from the store. And I don’t seem to be alone. When is the last time you've downloaded a song from iTunes? 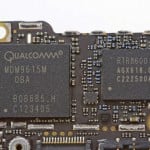 A Refresher: How Apple Should Spend Some Of Its Cash
Nothing found :(
Try something else