You are using an outdated browser. Please upgrade your browser to improve your experience.
by Brent Dirks
April 28, 2014
As first rumored last week, new MacBook Airs will be officially unveiled tomorrow, Tuesday, April 29. According to 9to5Mac, the new models won’t be a huge upgrade. The new entry-level, 13-inch version will feature a 1.4GHz Intel Core i5 processor with Turbo Boost of up to 2.7GHz. That’s compared to a 1.3GHz Intel Core i5 processor with Turbo Boost of up to 2.6GHz in the current model, which was launched last year at WWDC 2013. All other models in the lineup are expected to receive a similar, and small, processor bump. If you’re wanting to buy an significantly upgraded MacBook Air, you’ll have to be patient. Along with a 12-inch model, Retina displays will reportedly be coming to the line sometime in 2014. The new models are also rumored to feature a fanless design and a click less trackpad. But with tomorrow’s slightly upgraded specs, it will probably be later in the year before those models arrive. The MacBook Air is one of the six Apple products that our own Bryan M. Wolfe recently said were due for an upgrade. For other recent news, see: Apple’s Eddy Cue And Craig Federighi Will Speak At The Code Conference In May, Facebook Messenger Update Brings Video Sharing, Improved Search And More, and Skype Will Bring Free Group Video Calling To iOS Devices ‘In The Future’. 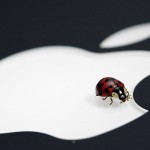 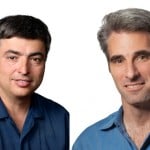 Apple’s Eddy Cue And Craig Federighi Will Speak At The Code Conference In May
Nothing found :(
Try something else