You are using an outdated browser. Please upgrade your browser to improve your experience.
by Bryan M. Wolfe
April 28, 2014
Apple’s iBeacon technology already nudges people to upgrade their seats at NBA games, and suggests ways to spend some cash at the company’s retail stores. The new technology is now being used to bring folks together for a pub crawl. The 2014 BeaconCrawl is being held on Tuesday, May 20 in New York City. The social event hopes to move attendees from one bar to the next for drinks, food, and conversation, using iBeacon. Through a soon-to-be released BeaconCrawl app, attendees will be alerted to secret locations where you can enjoy special drinks and other perks. The iPhone app arrives on the App Store on Friday, May 2. First introduced by Apple at last year’s Worldwide Developers Conference (WWDC), iBeacon is an indoor positioning system that features low-powered, low-cost transmitters. It allows iOS devices and other hardware to send push notifications to iPhones and iPads in close proximity. Earlier this month, Coachella used the technology during its annual two-weekend, three-day music and arts festival. This year's BeaconCrawl is sponsored by Aurnhammer, alongside the Downtown Alliance, Hive at 55, Uber, and Launch It Here. 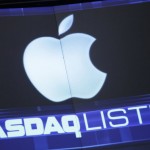