You are using an outdated browser. Please upgrade your browser to improve your experience.
by Brent Dirks
May 14, 2014
Mark your calendars for August. According to developer Dong Nguyen, a multiplayer version of the smash hit Flappy Bird will be arriving on the App Store this summer. Nguyen confirmed the news to CNBC’s Kelly Evans:

The new game will also apparently be “less addictive.” As you probably remember, Flappy Bird broke out earlier this year as a smash hit on the App Store. The free game was enormously hard to master as players needed to guide the namesake bird through a series of pipes. While Nguyen was apparently making more than $50,000 per day in advertising from the game, he decided to pull it from the App Store in early February because of its supposed addictive qualities. A huge rash of copycat apps still plague the store. 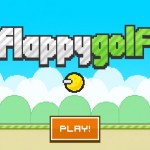