You are using an outdated browser. Please upgrade your browser to improve your experience.
by Bryan M. Wolfe
May 30, 2014
Amazon Prime members already enjoy free two-day shipping and unlimited video streaming. This summer, they’ll also gain access to a music streaming service, according to BuzzFeed. The largest online retailer in the world is expected to expand its Prime membership offerings to include “a stockpile of old and newish music for subscribers to stream on demand.” Unlike Spotify, Rdio, or Beats Music, Amazon’s streaming service won’t include new titles. Instead, it will offer “a potluck of select songs and albums it has licensed from labels at a discount.” To be included on the service, the songs and albums must be at least six months old. According to BuzzFeed, Amazon has already reached agreements with Sony Music Entertainment, Warner Music Group, and several independents for the new service. The third major label, Universal Music Group, wasn't confirmed at press time. The Prime music service is expected to launch in June or July. Amazon's plans, which haven't been officially announced, come just days after Apple acquired Beats Audio for $3 billion. In March, Amazon raised the price of Prime to $99 per year from $79. That price hike is looking a little bit less frightening, no? For a one-year Amazon Prime membership, click here. 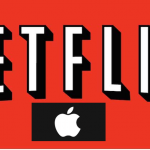 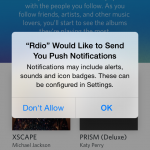 Rdio For iOS Finally Updated With Support For Push Notifications
Nothing found :(
Try something else