You are using an outdated browser. Please upgrade your browser to improve your experience.
by Bryan M. Wolfe
May 15, 2014
AT&T is officially launching HD Voice on an all-IP, Voice Over LTE (VoLTE) network in select markets. Starting on May 23, AT&T customers in Illinois, Indiana, Minnesota, and Wisconsin will be able to use the new service. A more complete rollout is expected in the coming months. AT&T notes that HD Voice will be enabled on the Samsung Galaxy S4 mini. Users of Apple’s iPhone 5, iPhone 5s, and iPhone 5c should also notice voice improvements. According to AT&T:

HD Voice customers can simultaneously talk while surfing the Web at 4G LTE speeds, all on the nation’s most reliable 4G LTE network – it’s the best of both worlds.

Since the iPhone 5 was released in 2012, Apple handsets have supported HD Voice. Until now, however, only Sprint and T-Mobile have supported the service in the United States. VoLTE is a different beast entirely. The iPhone’s chipset can support calling over LTE. However, iOS 7 doesn’t actually have the ability to make calls over LTE networks. That may change with iOS 8 and the so-called “iPhone 6.” Among U.S. carriers, T-Mobile already supports VoLTE functionality, while Sprint and Verizon Wireless are currently testing it. See also: What A Proposed AT&T-DirecTV Merger Could Mean For The Apple TV, FCC Approves AT&T's Leap Wireless Purchase, Cricket To Offer Apple's iPhone 5, and Ahead Of Apple's Bigger, 5.5-Inch iPhone 6, One-Third Of All Smartphones Are Phablets. Via: 9to5Mac 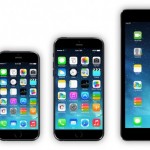 Ahead Of Apple's Bigger, 5.5-Inch iPhone 6, One-Third Of All Smartphones Are Phablets 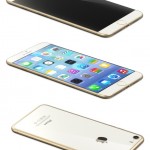