The U.S. Federal Communications Commission (FCC) has approved AT&T’s $1.2 billion purchase of Leap Wireless, according to a recent report. As part of the deal, AT&T has confirmed that the Leap-owned prepaid carrier Cricket will be offering Apple’s iPhone 5.

Cricket is a subsidiary of Leap Wireless, which itself is the sixth largest telecommunications network operating in the United States (after Verizon, AT&T, T-Mobile, and U.S. Cellular). In a brief note from Re/code confirmation of the FCC’s approval surfaced online, and the acquisition price of $1.2 billion – which works out to $15 per share – has reportedly been accepted.

AT&T is planning on using a portion of Leap Wireless’s spectrum to further its 4G LTE rollout, and this is of course positive news for existing subscribers. Though fast, the carrier’s 4G LTE network is lagging behind Verizon’s – despite AT&T’s best efforts to expand the network in new markets with each passing month. Once complete, however, the acquisition should see AT&T’s network improve in some former Leap Wireless markets.

In a press release, Leap Wireless explained that the deal will also see a “new Cricket” launch from its AT&T acquisition:

In the coming weeks, Cricket will be integrated with AT&T’s existing operations to create the new Cricket. The new Cricket will shake up the no-contract segment with a combination of simple, low-cost rate plans; a terrific lineup of smartphones; and a great network experience. The new Cricket will have access to AT&T’s nationwide 4G LTE network covering nearly 280 million people. AT&T will gain access to Cricket’s distribution channels and will be able to expand Cricket’s presence to additional U.S. cities.

AT&T reportedly told the FCC that the no-contract Cricket will be offering Apple’s iPhone 5 to customers, too, further demonstrating how mobile device users are expected to benefit from the acquisition.

The news comes just a couple of days after Sprint’s mobile virtual network operator (MVNO) Ting announced support for the iPhone 5 handset. However, the network isn’t offering the handset directly – instead customers must bring a compatible iPhone to Ting in order to use it on its no-contract network. 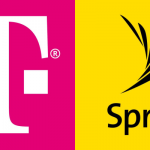 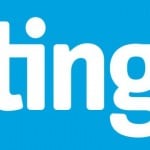 Sprint's MVNO Ting Adds Support For The iPhone 5
Nothing found :(
Try something else