You are using an outdated browser. Please upgrade your browser to improve your experience.
by Bryan M. Wolfe
May 13, 2014
The folks over at Funny or Die have posted a hilarious video purportedly showing Apple announcing its acquisition of Beats Audio. The video, of course, is a parody. That doesn't make it any less funny. Take a look:
Apple Announces Beats Acquisition from Funny Or Die
On Thursday, The Financial Times reported that Apple would soon be announcing its purchase of Beats Audio, said to be worth as much as $3.2 billion. If approved, this would easily exceed the $429 million Apple paid for Steve Jobs’ NeXT in 1996. For the huge sum, Apple would be getting a company well known for its popular line of headphones. Apple would also be getting the Beats streaming music service. Launched earlier this year, Beats Music has entered a crowded market to compete against Rdio, Spotify, and others. According to Billboard, Apple is planning to introduce Beats Audio's Jimmy Iovine and Dr. Dre as Apple executives at the Worldwide Developers Conference (WWDC), which begins on Monday, June 2. See also: Report: Apple May Introduce Jimmy Iovine, Dr. Dre At WWDC, and Apple To Add HD Audio Playback With iOS 8, New In-Ear Headphones. 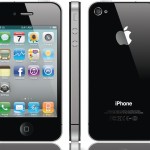 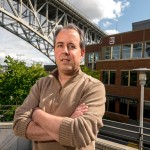