You are using an outdated browser. Please upgrade your browser to improve your experience.
by Bryan M. Wolfe
May 1, 2014
The iPhone and iPad accounted for nearly 73 percent of Apple’s revenues during the March quarter. Despite this, the focus at this year’s Worldwide Developers Conference (WWDC) in June may be on OS X 10.10, not iOS 8, according to 9to5Mac. According to the report, Apple is moving iOS user interface developers to the OS X teams. This is because OS X 10.10 will “feature an end-to-end redesign, not dissimilar from the scope of the changes to the iPhone and iPad operating system with iOS 7 last year." As a result, "Apple wants to heavily promote the new system to developers.” Though the two operating systems aren’t being merged as once was believed, OS X 10.10 will look a lot like iOS 7. It will feature “similar toggle designs to iOS 7, sharper window corners, more defined icons across the system, and more white space than the current version.” What does this shift in focus mean for iOS 8? Unfortunately, the news doesn’t look good. Many of the features rumored to be a part of iOS 8 might not arrive until iOS 8.1 or later. This includes a HealthBook app, standalone iTunes Radio app, revised Maps app, and more. I'm not all that surprised by this news, given the significant changes that were made between iOS 6 and iOS 7. Nonetheless, iOS 8 should still prove to be a worthy update with the arrival later this year of the "iWatch" and "iPhone 6." Code-named "Syrah," OS X 10.10 is expected to be released to the public this fall. Apple's iOS 8 is likely to be released ahead of the iPhone 6's release in September or October. WWDC 2014 begins on Monday, June 2. 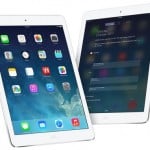 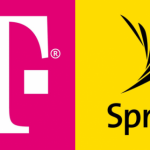 Sprint-T-Mobile US Merger Could Be Announced This Summer
Nothing found :(
Try something else