You are using an outdated browser. Please upgrade your browser to improve your experience.
by Bryan M. Wolfe
May 16, 2014
A new image on Chinese site Weibo purportedly shows Apple’s “iPad Pro” in the wild. The image was first spotted by French site Nowherelse.fr. As you can see, the image appears to show an aluminum dummy unit. Beyond this, very little is known and there is no way to confirm whether the image is real. Apple has long been rumored to be working on an “iPad Max” that could be launched this year or next. This new model could feature a 12.9-inch display. In January, Evercore Partners analyst Patrick Wang said the iPad Pro could feature a next-generation “A8” processor, and launch in the fall of 2014. Wang called the 64-bit infrastructure introduced in Apple’s A7 processor a “game changer,” and one of the reasons Apple can now produce a hybrid iPad. In March, DigiTimes said the iPad Pro wouldn’t launch until 2015. Earlier this week, 9to5Mac said that Apple may bring split-screen multitasking to the iPad with iOS 8. The functionality will allow iPad users to run and interact with two apps at once. According to the report, the new feature is being designed to work on the 9.7-inch iPad, exclusively in landscape mode. The new feature may also be prepped to work on the iPad Pro. See also: Future Apple iOS Devices To Be Thinner, Lighter And Have Larger Displays, and Apple To Launch Refreshed iPad Air This Year, But No New iPad mini Until 2015? 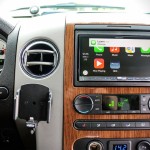 Apple Allowing Developers To Give Out Promo Codes For In-App Purchases
Nothing found :(
Try something else