If Ming-Chi Kuo of KGI Securities has it right, Apple isn't planning on refreshing its small-size iPad mini until 2015, even though the Cupertino, Calif. company will update its iPad Air – as usual – in fall. The analyst argues that Apple is switching its resources from the iPad mini to an anticipated 12.9-inch “iPad Pro,” which he believes will appear in 2015, also.

For Kuo, the updated iPad Air isn't going to surprise us: it'll feature an improved Apple A8 processor (the same chip Apple will include with its next-generation iPhone), and it should support Touch ID – the fingerprint scanning Home button first launched last year with the iPhone 5s.

More surprising, however, will be Apple's decision not to update its iPad mini later this year. Kuo writes (via MacRumors) in his recent research note:

Compared with lower-margin iPad mini with Retina display, which shipments has been tepid, higher-margin iPad Air was a hot selling item in 4Q13, which will slow Apple in developing new iPad mini models. We believe Apple plans to launch upgraded iPad Air early this year, and will accelerate development of 12.9” iPad. As such, more resources will be allocated to these two products, which will affect the progress of the development of new iPad mini. All told, we think chances of the debut of a new iPad mini in 2H14 are slim. In addition, the 12.9” iPad is unlikely to be offered in 2014. For these reasons, we predict the only new iPad product in 2H14 will be the upgraded iPad Air.

Kuo also corroborates with previous reports claiming an iWatch will launch this year, and he adds that while a larger 12.9-inch screen will allow developers to create more immersive, productive iPad apps, Apple's own software efforts have so far revolved around developing a smart watch OS in time for late 2014.

It's an unexpected analysis, since none of us had really expected Apple to outright divert efforts from its iPad mini in order to bring a larger iPad to the market – instead, we'd anticipated that Touch ID, at least, would make an appearance on the smaller tablet later this year, along with an updated processor.

There's a lot of discussion concerning the potential use of a larger iPad, too: as one who works predominantly from an iPad Air, I'm not sure having a larger screen would help, even if the so-called “hybrid device” could multifunction as both a tablet and a notebook. For many, the productivity of working from an iPad is centered around its immersive, one-app display – despite this coming with its share of limitations.

It'll be interesting to see how Apple proceeds. But if Kuo is accurate in his predictions, don't hold out for an updated iPad mini later this year. 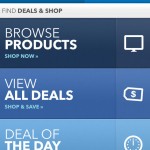