You are using an outdated browser. Please upgrade your browser to improve your experience.
by Bryan M. Wolfe
May 9, 2014
As expected, Netflix is raising the price of its streaming video service. Beginning in June, new customers in the U.S. and U.K. will be paying $1 and €1 more per month, respectively. Existing Netflix subscribers will also see the price hike, but not for 24 months. In an email sent to Netflix customers in the U.K., the company said, "As a thank you for being a member of Netflix already, we guarantee that your plan and price will not change for two years.” Monthly subscriptions in the U.S. will jump to $8.99 per month, while those in the U.K. will rise to €8.99. Netflix has 46.14 million streaming video subscribers. It expects that number to jump by 1.5 million during the current quarter to 47.84 million subscribers. In January, Bloomberg was the first to report that Netflix was toying with the idea of raising prices. Netflix confirmed the news in April. Netflix isn't the only streaming video service to announce a price hike this year. In March, Amazon raised the price for its Prime membership from $79 to $99 per year. See also: The Apple TV Should Take On Netflix, Apple's Plans For The Next Apple TV Have Now Been Leaked, and The Amazon Fire TV Review: The Good And The Bad And What It Means For Apple. Via: CNET

A Refresher: How Apple Should Spend Some Of Its Cash 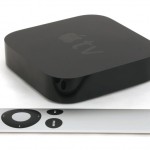 Apple's Plans For The Next Apple TV Have Now Been Leaked
Nothing found :(
Try something else