You are using an outdated browser. Please upgrade your browser to improve your experience.
by Bryan M. Wolfe
March 13, 2014
The price Amazon charges for its popular Prime service in the United States is rising for the first time in nine years. The subscription service will now cost $99, instead of $79 per year. In an email sent to current subscribers, Amazon suggests that rising fuel and transportation costs are behind the price hike. At the same time, the company reminds members the service has come a long way since it first arrived in 2005. Amazon Prime initially launched as a shipping service, whereas subscribers were able to receive free two-day shipping on all eligible purchases. In 2011, Amazon Instant Video was added to the membership, offering unlimited streaming of select movies and TV shows at no additional cost. Soon after, Amazon announced that Prime members would have access to the Kindle Owners’ Lending Library, which allows users to borrow certain titles for free reading on Kindle hardware. 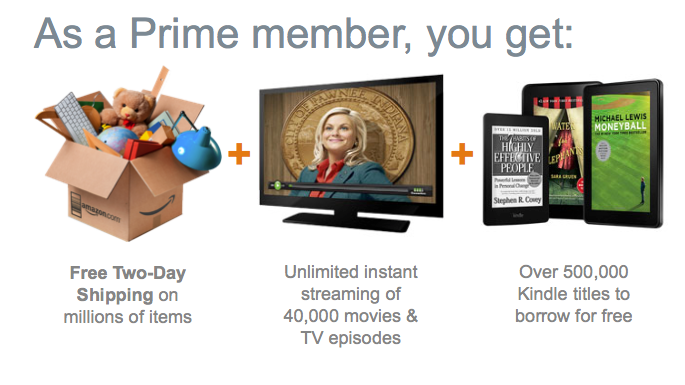 For current subscribers, if your membership renews before April 17, you'll be charged $79. If your membership renews on or after April 17, you'll be charged at a membership rate of $99. For the next seven days, Amazon is offering new subscribers Prime membership for the original price of $79. After that, the price rises to the new rate. As a long-time Amazon Prime subscriber, I'm not at all upset about having to pay a little bit more for free two-day shipping and unlimited video streaming. The new price works out to just $8.25 per month. Amazon Prime is currently available in the U.S., U.K., Germany, France (as Amazon Premium), Italy, and Canada. For more information on Amazon Prime, click here: See also: The ‘Amazon TV’ To Ship With Hulu Plus And Netflix, Report: Amazon Is In Talks To Create Its Own Streaming Music Service, and For Brits, Lovefilm Instant Is About To Morph Into Prime Instant Video.

Deal Of The Day: Amazon Local For iOS Now Lets You Search For Deals