You are using an outdated browser. Please upgrade your browser to improve your experience.
by Aldrin Calimlim
May 31, 2014
Just a few days ahead of Apple's unveiling of iOS 8 at WWDC, several trademark applications related to the operating system's rumored health-focused functionality have come to light. As noted by MacRumors, the trademarks have to do with Healthbook, the system of health and fitness tracking features that's expected to be launched with iOS 8 and be integrated with Apple's long-rumored "iWatch." The site explains:

MacRumors has now discovered several trademark applications related to the Healthbook name, and while information on the applications available online does not directly link them to Apple, circumstantial evidence suggests that they are indeed Apple's filings. The filings were made earlier this year in Trinidad and Tobago, one of Apple's favored early trademark filing locations.

First and foremost, there's a filing for the Healthbook name itself and another for its two-word variation, Health Book. These filings were made last Feb. 3, mere days after news of the name and its associated software first broke. MacRumors further notes that two different trademark applications for "Apple CarPlay" were filed on the same day, a month before Apple officially announced the "iOS in the Car" feature. A day later saw the filing of trademark applications for the terms HealthKit and iResearch. It's unclear what the latter refer to, but the former likely denotes a toolkit that developers can use to integrate Healthbook into their apps. The trademark applications in question are said to have been filed in reference to four international classes: computer software, medical apparatus, jewelry and watches, and computer hardware and software development services. 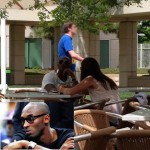 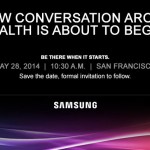