You are using an outdated browser. Please upgrade your browser to improve your experience.
by Bryan M. Wolfe
May 23, 2014
Samsung and LG could soon join Apple in offering mobile devices that use sapphire glass. Both companies have recently got in touch with sapphire glass manufacturers and suppliers in order to review samples of their work, according to Korea’s etnews.com. Because it costs so much to produce, sapphire glass displays are currently only used on high-end mobile devices such as the Vertu Ti. That is about to change, of course, with the introduction of Apple’s “iPhone 6,” which is set to launch later this year. According to every report imaginable, Apple’s next handset will use the durable material in its display, replacing the Gorilla Glass found on current iPhones. Because of this, Samsung and LG apparently have no choice but to consider sapphire glass on future mobile devices. For this, the two companies are turning to Asian manufacturers. Apple’s supply of sapphire glass is being produced at a facility in the United States. To date, sapphire glass has only made an appearance on the iPhone 5s handset’s home button. The “unscratchable” material is also used to protect the built-in cameras which appear on the iPhone, iPad, and iPod touch. Besides the iPhone 6, the material is likely to be an important component on the “iPad Air 2.” See also: Apple Begins Shipping Sapphire Glass For The iPhone 6 To China, Talks Between Apple And Samsung Dissolve Without An Agreement, and Walmart Gets A Head Start On iPhone 6 Case Sales. Via: GforGames 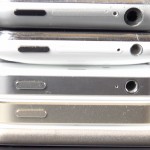 Report: Apple’s Deal For Beats Electronics Is Still Going To Happen
Nothing found :(
Try something else