You are using an outdated browser. Please upgrade your browser to improve your experience.
by Bryan M. Wolfe
May 5, 2014
Late last week, someone on Secret claimed that Apple’s next-generation EarPods might do more than help you listen to great music. They could also integrate with heart rate and blood pressure sensors. This sounded like a great idea, which is one of the reasons we published the news. The person behind the claim now says it wasn’t true. Instead, it was part of “messing around with Secret as an outlet for comedy.” They added, “I made it up. I wrote it 5 minutes after I woke up on the 1st of may. I was blurry eyed, I had a headache, I was using the toilet and worrying about my blood pressure.” Like many news outlets, we published the details of the original claim. At the time, we stressed there was no way to confirm this news. We also added, “As MacRumors first noted, however, a number of major tech stories have been broken on Secret. Adding to the drama, Apple proposed using sensors integrated into various accessories in a 2007 patent application.” Reporting on Apple product rumors is a tricky business. Interestingly enough, just last month, I tried to explain why AppAdvice publishes these types of stories in the first place. I also noted that we don’t publish every rumor we hear about. In most cases, in fact, we actually refrain from posting. This time around, the story turned out to be untrue. More upsetting, it was also based on a lie. We apologize for the part we played in bringing this story some attention it obviously didn’t deserve. We hope to do better in the future. 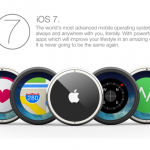 Claim: Apple Isn’t Encrypting Email Attachments In iOS
Nothing found :(
Try something else