You are using an outdated browser. Please upgrade your browser to improve your experience.
by Bryan M. Wolfe
May 20, 2014
The number of Apple retail stores in New York City is likely to jump by two in the near future. New stores are coming to the Upper East Side and World Trade Center, according to tracking blog ifo Apple Store. The building Apple is taking over at 938 Madison Ave. in Manhattan was once a bank. Permits dated May 15 for the location mention Apple’s long-time architectural firm Bohlin Cywinski Jackson, and engineering firm Eckersley O’Callaghan, which specializes in glass structures. The blog says Apple plans to preserve the historical architecture of the building. In other words, we shouldn't expect many changes to the outside of the building. It is unknown when this new Apple retail store location will open for business. Permits for the future store’s major construction, heating and air conditioning, and signage have not yet been issued. Apple’s other new Manhattan store will be part of the upcoming Westfield World Trade Center mega mall, which is set to open in 2015. Currently, Apple has five retail locations in New York City. These include the company’s flagship Fifth Avenue store, plus locations on the Upper West Side, Grand Central, West 14th Street, and SoHo. Thirteen years ago this week, Apple opened its first two retail stores at Tysons Corner Center in McLean, Virginia, and the Glendale Galleria in Glendale, California. Since then, the number of Apple stores has climbed to 424 worldwide, with 254 of them based in the United States. See also: Apple Overtakes Staples, Grabs The No. 2 Position In Online Retail, Steve Jobs Is Probably Smiling From Above As Apple’s iPhone 4s Remains Incredibly Popular, and The Reason Now Is A Great Time To Shop At Apple’s Online Store. Photo: New Upper East Side Apple Store via Maps 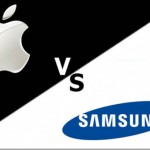 Talks Between Apple And Samsung Dissolve Without An Agreement
Nothing found :(
Try something else