You are using an outdated browser. Please upgrade your browser to improve your experience.
by Bryan M. Wolfe
June 16, 2014
Its seems that each passing day brings with it new images purportedly showing Apple’s “iPhone 6.” Interestingly enough, the same can’t be said for the company’s so-called “iWatch.” We have seen many iWatch concepts released in recent months. We have yet to see an image released whose owner claims it is Apple’s new wearable device, either on the assembly line or being packaged. What’s going on here? There are three possible explanations:

In May, Sonny Dickson claimed that Apple was reaching out to Chinese officials to end the steady stream of leaks about the company’s next iPhone. Approximately 200 security officers are said to have been hired to get the job done. The pace of iPhone 6 leaks haven’t slowed, of course. In June alone, for example, we have reported on three, separate leaks here, here, and here. It’s possible Apple is cracking down on product leaks, but not for the iPhone 6. Instead, the company could be concentrating its efforts on protecting the iWatch.

2. The iWatch isn’t coming this fall

Most expect the wearable device to drop this fall alongside the iPhone 6, which makes a lot of sense. It’s also possible the reason we haven’t seen an iWatch image leaked is because Apple is behind in its development. It's also possible the iWatch was never going to be released in 2014, but rather in 2015.

Another possibility — and the least likely scenario — is that there is no iWatch, and never will be. Instead of releasing its own wearable device, Apple has decided to concentrate its efforts on getting other vendors to sign up for the company’s new HealthKit SDK. This is possible, of course. Although this isn’t Apple’s style. It's in Cupertino's DNA to release both hardware and software. I can’t imagine that changing anytime soon.

So which is it? I’m convinced that Apple will unveil the iWatch in September or October, as has been rumored. I also believe someone will leak an image of the device beforehand, security officers, be damned. What say you? 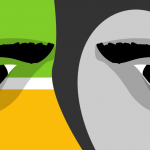 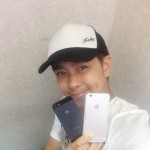 Apple's Bigger, 4.7-Inch iPhone 6 Could Feature A Quad HD Display
Nothing found :(
Try something else