You are using an outdated browser. Please upgrade your browser to improve your experience.
by Brent Dirks
June 2, 2014
If you don’t have enough time to watch the entire keynote from WWDC 2014, Apple has just updated its site with a massive amount of information about iOS 8 and OS X 10.10. First up, Apple has dedicated an entirely new section to iOS 8. Entitled “Huge for developers. Massive for everyone else,” the page details the changes that will benefit both developers and users. Some of the new features that Apple calls out includes the improved Photos and Messages app, the QuickType keyboard, Family Sharing, and iCloud Drive. Developers should definitely be excited for the new tools Apple is offering like Touch ID access and more. On the desktop side, Apple has also posted a similar roundup regarding OS X 10.10. Also known as Yosemite, the redesigned interface is front and center. And along with the new Today view in the Notification Center, you can also read up about the vastly improved Spotlight. Both iOS 8 and OS X 10.10 are available to developers now and will be available to the general public sometime this fall. Interestingly enough, if you’re interested, Apple is even offering a beta program for Yosemite that is open to the general public. You can sign up for the OS X Beta Program now on Apple’s site as well. 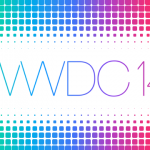 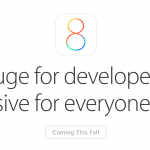 Is Apple's iOS 8 Compatible With Your Device? Find Out Here
Nothing found :(
Try something else