You are using an outdated browser. Please upgrade your browser to improve your experience.
by Aldrin Calimlim
June 21, 2014
Apple is set to release a small yet significant update to the current iteration of its mobile operating system, iOS 7. According to MacRumors, the company is readying iOS 7.1.2, which may be released to the public in the next couple of weeks:

MacRumors has now learned that Apple is indeed nearing a public release of iOS 7.1.2 and has begun seeding carrier partners with a version of it, termed build 11D257. Apple has apparently asked carriers to sign off on the update by Friday, June 27, indicating that a public release could occur the following week.

The upcoming software update is said to address the email attachment encryption issue that was pointed out early last month and later acknowledged by Apple with a promise to fix the problem. It also includes a fix for a lock screen vulnerability that allows access to some apps, likely referring to a passcode bypass hack discovered earlier this month. Improvements to iBeacon connectivity and a bug fix concerning data transfer with third-party accessories are also said to be included in iOS 7.1.2. Apparently not included in the update is a fix of any sort for the so-called "iMessage purgatory" issue discovered, and subsequently acknowledged by Apple, last month. However, there's still the possibility of it being included in the public release. Apple's previous iOS 7 update came a couple of months ago in the form of iOS 7.1.1. That update delivered bug fixes related to iCloud security, Touch ID, and keyboard responsiveness. 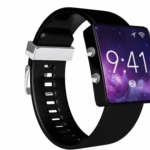 Apple's 'iWatch' To Come In Multiple Sizes And With Multiple Sensors, Says WSJ

Changes Coming To AppleCare+, Support For Apple IDs
Nothing found :(
Try something else