You are using an outdated browser. Please upgrade your browser to improve your experience.
by Joe White
June 23, 2014
It's not going to be long until iOS gamers can embark on a new puzzler -- one that lets them explore the ancient tombs of Cairo. Because Tama Games has announced that it's bringing a brand new title called Escape from the Pyramid to the App Store in the near future, and from where we stand the game is worth looking out for. Over at TouchArcade's forums, Tama Games explains: "We wanted to create a visually unique game, giving it the feeling you are controlling the characters in an ancient moving papyrus." The developer continues, however:

But art is not a all, not by a long shot. We have spared no effort in creating intricate, complex levels, polished and with extreme attention to detail, with challenging and clever puzzles to test your reflexes (and your patience!) as your try to find your way through the maze-like pyramid.

Further features include a total of 45 levels, three worlds to explore, and collectable gems and beetles; there are also bosses, Game Center-powered leaderboards and achievements, and "deadly traps and hidden doors," according to Tama Games. Here's a complete list of features: Below, we've included a selection of screenshots along with a demo video showing Escape from the Pyramid's puzzler-runner mode of gameplay. According to Tama Games, Escape from the Pyramid should be available to download on the App Store "within the next two months," and it'll be optimized for the iPhone, iPad, and iPod touch. We'll let you know once it's available to download and install. http://www.youtube.com/watch?v=3-KeDeeogos If you can't see the above video, please click this link. [gallery] 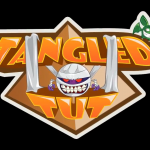 Help Tangled King Tut Escape His Tomb In This Upcoming iOS Game
Nothing found :(
Try something else