You are using an outdated browser. Please upgrade your browser to improve your experience.
by Bryan M. Wolfe
June 23, 2014
Microsoft recently released two new updates to Skype for iPhone. Versions 5.0 and 5.1 added a number of features long requested by users. Unfortunately, the updates also eliminated the ability to listen to voice messages. Though Microsoft isn’t saying why this feature was removed for iPhone users, they have made it clear it’s not coming back. On the Skype community page,  administrator Claudis explains:

Voice message playback is not supported in Skype 5.0 for iPhone. Please use Skype on another platform to listen to your voice messages.

You cannot officially downgrade to a version of Skype for iPhone that supports voicemail. However, a Skype user did provide instructions that serve as a workaround. Unfortunately, this only works for users who backup to their Mac, rather than iCloud. Take a look:

1 On my Mac which syncs with this phone, went to the folder containing the Skype .ipa file (i.e. Music->iTunes->iTunes Media->Mobile Applications) 2 Using Time Machine (backup) went into backup and located a backup from 2 weeks ago that had the last version 4 release (version number is 4.17.135) and restored this to the applications folder on the Mac. 3 Deleted the current release from my iOS device and from iTunes list of apps. 4 Dragged the “Skype 4.17.135.ipa” file back into iTunes. 5 Synced the phone with iTunes.

Hopefully, Microsoft addresses this situation soon. Voicemail is a basic Skype service so there is no reason for it to suddenly stop working on iOS. As one user recently posted, “Skype treats iPhone users as second-class customers.” Indeed they do. Via: 9to5Mac 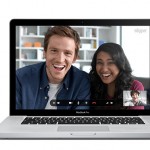 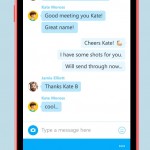 Skype For iPhone Update Brings A Trio Of User-Requested Features
Nothing found :(
Try something else