You are using an outdated browser. Please upgrade your browser to improve your experience.
by Joe White
June 11, 2014
Final Fantasy fans looking ahead to the release of the next iOS title in the series can rest assured that one is coming, albeit not in the form we'd originally expected. Rather than bringing an iOS port of Final Fantasy VII to the App Store, Square Enix has announced a new game -- Final Fantasy VII G-Bike -- which is set to launch in Japan this year. According to the folks at Pocket Gamer, the app is "based on the combat biking mini-game found in Final Fantasy VII's amusements location (the Gold Saucer). So, you can expect to be riding a motorbike and dispatching Shinra motorcyclists to protect a truck." However, Square Enix is reportedly expanding on the original mini-game and will also allow G-Bike players to slide and jump on their motorbike. The publication continues:

There will be multiple bikes from which to choose here, by the way. Plus, you will be able to customise elements using "Materia".

There are said to be plans for other Gold Saucer mini-game ports for iOS, too, though the first will indeed be G-Bike. Final Fantasy VII G-Bike is slated for a fall release in Japan, and we're hopeful that the title will launch internationally soon after. In the meantime, we've included a trailer for the app along with a handful of screenshots. We'll keep you updated with further information as we receive it. http://www.youtube.com/watch?v=C3KKH9zB59Y If you can't see the above video, please click this link. [gallery] 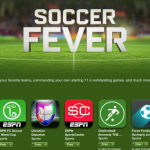 Ahead Of World Cup Kick-Off, Apple Adds A 'Soccer Fever' Section To The App Store 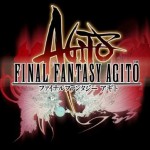