You are using an outdated browser. Please upgrade your browser to improve your experience.
by Joe White
June 20, 2014
Avatron Software, maker of the popular second-screen iPad app Air Display, has released a brand new application called Air Stylus on the App Store. Continuing its trend of expanding on what our iOS devices are capable of being used for, instead of turning an iPad into a second-screen for your Mac, Air Stylus can instead turn your iPad into a pressure-sensitive drawing tablet that's compatible with a range of styli and software. Optimized for the iPad and requiring iOS 7.0 or above, Air Stylus can be downloaded on the App Store for $19.99 and it requires the free Air Display host software in order to run. After pairing the app up with a Mac computer, users should be able to use their iPad as a drawing tablet alongside almost any "computer-based creative software that supports pressure-sensitive pens," according to Avatron Software. Usefully, the app supports a range of iPad styli, including the Wacom Intuos Creative Stylus, the Adonit Jot Touch 4, and the Ten One Designs Pogo Connect. Users can also enjoy executing iOS-based gestures (like pinch-to-zoom) and "reliable palm rejection" promises to increase drawing comfort. There are known software incompatibilities, however, and these include: Avatron Software notes that it's aiming to shrink this list as quickly as possible. If you're a graphic designer looking to use your iPad in a new and interesting way, Air Stylus can be downloaded now on the App Store for $19.99. Best of all, the app should work in harmony alongside Air Display using the same host software -- just be sure to have updated to the latest version, first! [gallery] 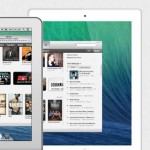 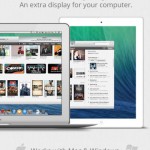 Avatron Software's Air Display 2 Lets You Connect Up To 4 iPads Simultaneously
Nothing found :(
Try something else