You are using an outdated browser. Please upgrade your browser to improve your experience.
by Bryan M. Wolfe
June 26, 2014
BGR is reporting that Apple will release iOS 8 beta 3 on Tuesday, July 8. If correct, the update for developers would arrive exactly three weeks after Apple unveiled iOS 8 beta 2 on June 17. The three-week gap between beta releases isn't unprecedented. Last year, iOS 7 beta 3 was released 21 days after iOS 7 beta 2. In 2012, iOS 6 beta 3 followed iOS 6 beta 2 after the same number of days. First unveiled on June 2, iOS 8 should be released to the public in September, alongside OS X Yosemite. In 2013, Apple released six iOS 7 betas before launching the GM, or gold master edition. One year earlier, iOS 6 went through four betas before the GM was handed to developers. The longest development process for an iOS release occurred in 2011 with iOS 5. That year, there were seven betas followed by the GM. For more on iOS 8, see: Here's Why Apple Has Made The Switch From Yahoo To The Weather Channel In iOS 8, Continuity Feature In iOS 8, OS X Yosemite May Be Coming To The Apple TV, and See What’s New In Apple’s iOS 8 Beta 2. 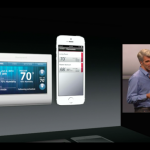 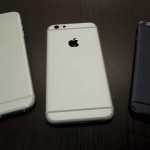 Video Claims To Show Apple's ‘iPhone 6’
Nothing found :(
Try something else