You are using an outdated browser. Please upgrade your browser to improve your experience.
by Bryan M. Wolfe
July 8, 2014
Uber, the mobile ride-sharing service, has hired Apple’s Chris Blumenberg. The senior manager was one of the first engineers to work on Apple Maps, according to The Information. According to Blumenberg’s LinkedIn profile:

My team is primarily responsible for the Apple Maps app and the MapKit framework. Since 2006, we've worked on a number of Google and Apple service-backed features such as local search, directions, street view, next destination and CarPlay. I proudly drove and guided the implementation of vector maps, Flyover and navigation during the shift from Google's services to Apple's services in 2012.

Last month, TechCrunch reported that the “failure of project managers” had caused a delay to many Apple Maps enhancements that were supposed to arrive with iOS 8. Those changes, which are likely to include a “more reliable” user experience, additional points of interest, and public transit information, have likely been delayed until iOS 8.1. Blumenberg's duties at Uber have not yet been announced. See also: Apple's iOS 8 Beta 3 Adds M7-Powered Pedometer, Caffeine Tracking To The Health App, Apple Releases iOS 8 Beta 3, OS X Yosemite Developer Preview 3, and After Meeting With Apple CEO Tim Cook, Analyst Says iWatch May Feature Voice Messaging. 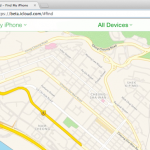 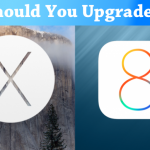 Should You Upgrade To Apple's iOS 8 Beta 3 Or OS X Yosemite Developer Preview 3?
Nothing found :(
Try something else