You are using an outdated browser. Please upgrade your browser to improve your experience.
by Aldrin Calimlim
July 13, 2014
Apple has officially denied claims recently publicized by a state-run broadcaster in China that its location-tracking function in iOS is a "national security concern." Last week, China Central Television (CCTV) cited researchers who said the feature could help expose China's "state secrets." In particular, the broadcaster's report took issue with the Frequent Locations functionality in iOS 7, which tracks a user’s geographic coordinates to automatically provide commute information and routing suggestions. Now, Apple has responded to the report in a message, titled "Your Location Privacy," posted on the Chinese version of its website. The company begins its response with an assertion of its commitment to user privacy:

Apple is deeply committed to protecting the privacy of all our customers. Privacy is built into our products and services from the earliest stages of design. We work tirelessly to deliver the most secure hardware and software in the world. Unlike many companies, our business does not depend on collecting large amounts of personal data about our customers. We are strongly committed to giving our customers clear and transparent notice, choice and control over their information, and we believe our products do this in a simple and elegant way.

Apple notes that it's appreciative of "CCTV’s effort to help educate customers on a topic we think is very important." That said, it goes on to clarify that Location Services in iOS, including Frequent Locations, are completely optional. Regarding the main location-tracking functionality at issue, it maintains that Frequent Locations are stored on the device level only:

When it comes to using iPhone for traffic conditions, iOS can capture Frequent Locations to provide commute information in the Today view of Notification Center and to show you automatic routing for iOS in CarPlay. Frequent Locations are only stored on a customer’s iOS device, they are not backed up on iTunes or iCloud, and are encrypted. Apple does not obtain or know a user’s Frequent Locations and this feature can always be turned “Off" via our privacy settings.

In closing, Apple reiterates that it has never worked with any government agency from any country to spy on its customers. The message is linked from the homepage of Apple's Chinese website and is viewable in full in both Chinese and English versions here. 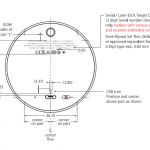