You are using an outdated browser. Please upgrade your browser to improve your experience.
by Aldrin Calimlim
July 8, 2014
Last June 29, Apple showed its support for LGBT rights by joining the San Francisco Pride Festival, one of the many Gay Pride parades held across the U.S. that day. Now, the company has shared a video highlighting some scenes from its preparation for and participation at the event, dubbed "Apple Pride." Set to Coldplay's "A Sky Full of Stars," the rather heartwarming video shows Apple employees and their families wearing Apple Pride T-shirts and waving Pride flags at the parade. Also featured in the video is Apple CEO Tim Cook, who's shown gladly posing with other participants in a number of selfies. Take a look: If you can't see the video embedded above, please click here. The video opens with the note, "June 29, 2014: Thousands of Apple employees and their families gathered to celebrate our unwavering commitment to equality and diversity." According to some Apple employees, the event's turnout was the largest in the history of Apple. It then closes with the motto, "Inclusion inspires innovation," which was also pointed out by Cook in his tweet congratulating the Apple employees and their families for their participation in Apple Pride. At the parade, Apple also handed out $1 iTunes gift cards to bystanders, enabling them to download free songs from the iTunes Store. It also celebrated the event by featuring an “LGBT Gay Pride” station on iTunes Radio. Apple has long been a staunch supporter of the lesbian, gay, bisexual, and transgender (LGBT) community. Cook himself, for example, wrote an opinion piece in The Wall Street Journal late last year, urging the U.S. Congress to approve a bill that would "protect workers against discrimination based on sexual orientation and gender identity." 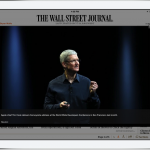 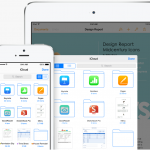 What's New In iOS 8 Beta 3?
Nothing found :(
Try something else