The news comes from 9to5mac, which explains that the program is set to launch before Apple introduces its anticipated “iPhone 6” in September. At present, Apple Retail Stores in the United States allow customers to purchase an iPhone either through a two-year subsidized contract, or unlocked at full retail price.

According to the report, however, customers should soon be able to purchase a new iPhone through programs including AT&T Next, Verizon Edge, and T-Mobile Jump directly from Apple Retail Stores.

Cupertino is expected to begin training its employees up on the change between Sunday, Aug. 10 and Thursday, Aug. 28. Given that the “iPhone 6” is expected to reach Apple Retail Stores around September, it could be that the change indeed comes into effect by the time Apple’s next-generation handset launches. 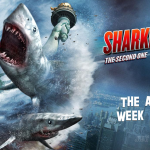 Apple is on the hook after scammer pays for purchases using a canceled credit card
Nothing found :(
Try something else