You are using an outdated browser. Please upgrade your browser to improve your experience.
by Aldrin Calimlim
July 18, 2014
Apple has just announced that Susan Wagner has joined its board of directors. Wagner is the co-founder and director of BlackRock, the asset management firm that holds 2.82 percent of Apple. "She has been recognized as one of Fortune Magazine's 50 Most Powerful Women in Business and honored by the National Council for Research on Women," Apple says in its press release. "At BlackRock, she championed and continues to support the Women’s Initiative Network, designed to foster the full potential of women within the company." As noted by MacRumors, Wagner is the second woman appointed to a key role at Apple since the company came under criticism earlier this year over the lack of women on its board and top-level positions. Her appointment follows that of former Burberry CEO Angela Ahrendts as Apple's retail chief at the beginning of last May. Wagner is the second woman on Apple's board, joining Grameen America president and CEO Andrea Jung, who has been a member of the board since 2008. Wagner replaces Intuit chairman Bill Campbell, the longest-serving member on Apple's board. Campbell is retiring after 17 years of service. "Bill’s contributions to Apple are immeasurable and we owe him a huge debt of gratitude. On behalf of the board and the entire company, I want to thank him for being a leader, a mentor and a friend," Apple CEO Tim Cook said. "When Bill joined Apple’s board, the company was on the brink of collapse. He not only helped Apple survive, but he’s led us to a level of success that was simply unimaginable back in 1997." In a new interview with Fortune, Campbell reflects on his long association with Apple and its co-founder, Steve Jobs. He also praises Cook, saying that the latter has offered to make a contribution in his honor to his hometown in Pennsylvania in "his warm way of saying goodbye to me." 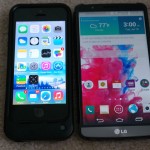 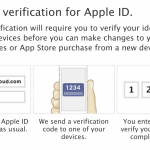 Apple's two-step verification process expands to 59 countries
Nothing found :(
Try something else