You are using an outdated browser. Please upgrade your browser to improve your experience.
by Brent Dirks
July 23, 2014
A report from The Information is shedding new light on Apple’s plans for a mobile payment solution. Even though there has been no news about the issue recently, the site says Apple’s talks with payment industry executives have increased in the past few months. The big part of Apple’s system would apparently be the secure enclave found in the A7 chip of the iPhone 5s. Currently, the enclave is designed to store scans from the pictured Touch ID sensor. But that might change, according to the report:

Apple has told some partners its system would involve a so-called secured element in the phones—a piece of hardware where sensitive information such as a phone owner’s financial credentials can be stored. The company also aims to run the system without giving up any control to wireless carriers.

As of earlier this year, Apple has more than 800 million credit cards on file, which is four times more than e-commerce giant Amazon. That huge number gives Apple a large amount of leverage to work with the payment processors. In April, another report said that Apple was hiring senior executives for two new positions that deal with mobile payment issues. For other recent news, see: A new report says Apple’s OS X Yosemite will arrive in October, First OS X Yosemite public beta set to launch on Thursday, July 24, and The reviews are in: Amazon's iPhone-competing Fire Phone fails to impress critics. 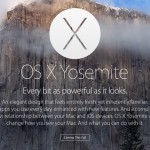 Apple’s ‘iPhone 6’ event may be in mid-September this year
Nothing found :(
Try something else