Apple is expected to unveil its “iPhone 6” in a couple of months. Now, however, a new YouTube video has taken a closer look at the handset’s leaked housing, and compares the parts to Apple’s gold-colored iPhone 5s.

Of course, we can’t confirm the legitimacy of the parts shown in the below video, though the housing looks promising. It appears to belong to Apple’s upcoming 4.7-inch “iPhone 6” handset, and the main points worth highlighting are that the housing features the same antenna breaks we’ve seen previously alongside space for an Apple logo inlay (or even an illuminated logo).

We’ve included the video below, which reached us in an email from BestTechInfo’s Tanner Marsh:

Apple’s upcoming “iPhone 6” is also expected to feature a sapphire glass display, an Apple A8 processor, and further under-the-hood performance improvements. The device should be announced by Apple at a dedicated special event in September. 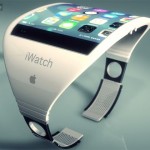 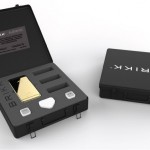 An Apple "iPhone 6" in platinum with diamonds, anyone?
Nothing found :(
Try something else