In July, I purchased my first Android-based device, the LG G3. Soon after, a friend with a Samsung Galaxy Mega attempted to duplicate a feature he had seen while testing my handset. He couldn’t because his phone had a different build of Android installed. To make matters worse, the phone couldn’t be upgraded to the newer version because Samsung wouldn’t allow it.

Welcome to the world of Android fragmentation, which has grown in recent months, according to OpenSignal.

To date, there have been 18,796 distinct Android-based devices seen in 2014. Of those, 43 percent are Samsung devices. In total, just 20.9 percent of devices have the latest version of Android installed, KitKat. This compares to the 91 percent who use iOS 7.

OpenSignal notes that Android fragmentation can be “extremely challenging and time-consuming” to developers. They also say it has a “great number of benefits,” noting that “The availability of cheap Android phones (rarely running the most recent version) means that they have a much greater global reach than iOS, so app developers have a wider audience to build for.”

I don’t agree. Unofficially, Apple guarantees that an iPhone or iPad purchased today will be able to run the latest version of iOS for three years. As my friend found out, being on the latest version of Android is sometimes not even an option — even for a relatively new device. The first-generation Samsung Galaxy Mega arrived in April 2013. His was purchased in February of this year.

What’s beneficial about that? 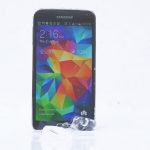 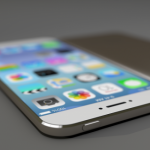 Apple may be forced to delay the launch of the 'iPhone 6'
Nothing found :(
Try something else