Just how popular are Google’s Android and Apple’s iOS operating systems? Combined they accounted for 96.4 percent of the smartphone market during the previous quarter, according to new data from IDC.

From April through June, Apple’s iPhone shipments grew 12.7 percent to 35.2 million total units. By contrast, the number of Android-based phones shipped increased 33.3 percent to a total of 255.3 million units. 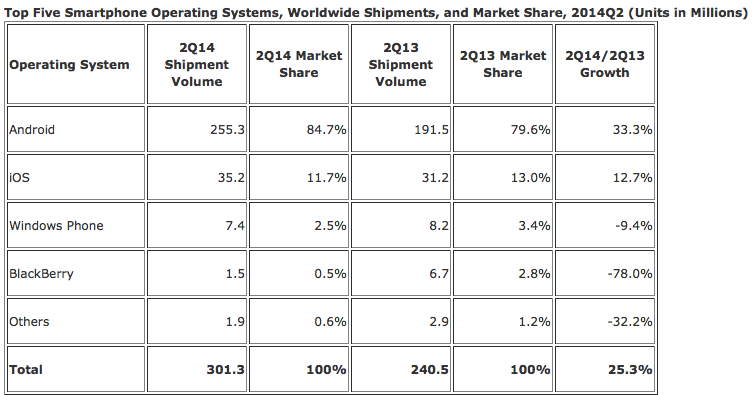 Despite its growth, Apple’s share of the total smartphone market actually dropped during the June quarter, going from 13 percent to 11.7 percent year over year. Android’s share grew to 84.7 percent, up from 79.6 percent a year ago.

Not surprisingly, Apple dominates the high-end range of handsets over $400. Nearly 60 percent of Android handsets shipped were priced below $200.

Apple is expected to announce its next-generation iPhone on Tuesday, Sept. 9. 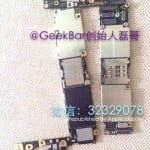 Apple and Samsung likely to dominate the smart watch market
Nothing found :(
Try something else