You are using an outdated browser. Please upgrade your browser to improve your experience.
by Bryan M. Wolfe
August 28, 2014

It’s official. Apple is holding a media event on Tuesday, Sept. 9. The teaser sent to members of the media includes the tagline: “Wish we could say more.”

The event will be held at the Flint Center for the Performing Arts in Cupertino, California and begins at 10 a.m. PDT.

Re/Code was the first to report earlier this month that Sept. 9th was the day Apple would announce the company’s new line of iPhones. On Tuesday, the same publication said that Apple would also use the event to introduce the long-rumored “iWatch.”

The Flint Center is on the De Anza College campus and was where Steve Jobs unveiled the first Mac in 1984. It is also where the Mac 30th Celebration was held earlier this year. This is the first time in recent memory that the location was used for an Apple media event. In fact, the last time Apple used the facility was in 1998.

Apple is likely to introduce both a 4.7-inch and 5.5-inch “iPhone 6″ at the event. The company’s new iOS 8 should also be making an appearance.

Given that Apple used the Flint Center to announce the Mac, which changed computing, I expect something significant is going to happen on Sept. 9. Best bet: The iWatch is set to usher in a new era of wearables. In other words, the iWatch will do for wearables what the Mac did for computing.

AppAdvice plans on providing full coverage of the Sept. 9 as it happens. We hope to see you here! 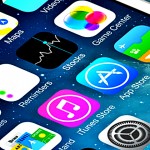 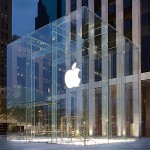 The design for the Apple Store Fifth Avenue is now patented
Nothing found :(
Try something else