Apple is officially prohibiting the use of two potentially hazardous chemicals in the final assembly process of its top-line products, according to The Associated Press.

Five months ago, China Labor Watch and Green America petitioned the Cupertino-based company to ban the use of benzene and n-hexane in the production of iOS devices. Apple then conducted a four-month investigation at 22 factories operated by its suppliers in China, Brazil, Ireland, Texas, and California. But it found no evidence that the two chemicals were detrimental to the health of plant workers.

Be that as it may, Apple moved to halt the use of the chemicals in the final assembly of iPhones, iPads, iPods, Macs, and various accessories. In addition, the company decided to require all of its factories to test all substances of benzene or n-hexane content. Benzene and n-hexane have been linked to leukemia and nerve damage, respectively.

“This is doing everything we can think of to do to crack down on chemical exposures and to be responsive to concerns,” Lisa Jackson, Apple’s vice president of environmental initiatives, told The Associated Press. “We think it’s really important that we show some leadership and really look toward the future by trying to use greener chemistries.” 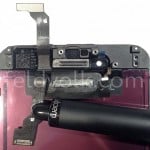 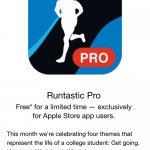 Grab Runtastic Pro for free now via the Apple Store app
Nothing found :(
Try something else