Apple has begun looking for new employees to fill a number of retail positions in the United Arab Emirates (UAE), suggesting that the company is set to soon open its first ever retail store in the Middle East.

As discovered by ifo Apple Store, Apple has posted a number of job listings calling for potential members of its retail staff in the UAE:

The job listings appeared yesterday, and include the full range of store positions from Store and Market Leader, Manager, Expert, Creative and Specialist. The listings also include the Apple Store Leader Program, a 24-month development program for those who have just graduated from higher education.

The site notes that hiring schedules suggest that construction of Apple’s upcoming UAE store is already underway and its opening is predicted to take place by February 2015.

The exact location of the store is currently unknown. But according to a tip received by MacRumors earlier this year, it’s expected to be situated at The Galleria at Sowwah Square, a high-end mall that opened a year ago in Abu Dhabi, the capital of UAE.

Last February, Apple CEO Tim Cook visited the UAE. There he posed for photos at a number of Apple resellers and even met with UAE Prime Minister Shaikh Mohammed bin Rashid Al Maktoum.

The reason behind his visit was undisclosed. But it was speculated to be part of Apple’s plans to open an official retail store in the country. 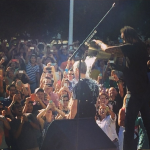 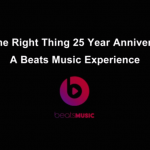