Apple has just announced a couple of notable changes to its iAd mobile advertising platform.

The two ad types newly added to the iAd platform are full-screen interstitial banners and pre-roll video ads. The former type refers to ads that can be displayed as pages of content and as transitional screens between two sections of an app. As for the latter type, it refers to ads not unlike the ones that play before videos on YouTube.

Now you can deliver highly engaging ads from leading brands. Optimized for your app, pre-roll video and full-screen interstitial banner ads are now available on iOS. Learn how to integrate them into your app by reading Implementing iAd in Your iOS Apps. 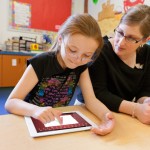