You are using an outdated browser. Please upgrade your browser to improve your experience.
by Brent Dirks
August 1, 2014
According to a new report from Bloomberg, Apple has received preliminary approval of its $450 million settlement in an e-book price fixing case. Apple was accused of improperly inflating the amount consumers paid for e-books in response to cost-cutting by competitor Amazon.com. Here’s more from the report:

U.S. District Judge Denise Cote in Manhattan said today that there’s “probable cause to find that the proposed settlement agreement is within the range of those that may be approved as fair and reasonable.” Under the agreement, Apple will pay $400 million plus $50 million in attorneys’ fees if a federal appeals court agrees with Cote that the Cupertino, California-based company violated U.S. antitrust laws. If Apple wins the appeal, it pays nothing under the settlement. The agreement calls for Apple to pay $50 million plus $20 million in attorneys’ fees if the appeals court sends the case back to Cote for a retrial.

Cote set a hearing for Nov. 21 to decide whether she’ll give final approval to the settlement. The publishers have previously agreed to a separate $166 million settlement. If the case had gone to trial, Apple could have ended up paying as much as $674 million in claims. An out-of-court settlement was first announced in June. The actual amount was disclosed earlier this month. 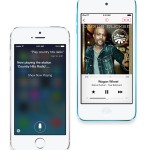 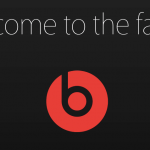 Apple welcomes Beats Music and Beats Electronics to the 'family'
Nothing found :(
Try something else