If you’re looking for a little extra cash to purchase an “iPhone 6” when it hits the market, Gazelle has just announced a great deal.

With the site’s lock-in program, users can submit a trade-in for an iPhone today, but won’t need to send in their old handset until Friday, Oct. 10. That’s a little more than a full month after the next-generation handset is expected to be unveiled.

The program is a great way to maximize the trade-in value of your old iPhone. It shouldn’t come as a huge surprise, but once a new Apple handset is officially announced, trade-in values can drop as much as 20 percent.

Currently, Gazelle’s trade-in offers are competitive with the rest of the industry. For example, they are offering $300 for a 16GB Verizon iPhone 5s with normal signs of use. A “flawless” handset will net you $315.

If you’re willing to be paid with an Amazon gift card, you can receive an extra 5 percent. Sellers can also choose to have a check sent to them or money deposited in a PayPal account.

The next-generation iPhone should be introduced at a special media event on Tuesday, Sept. 9. Apple will reportedly announce a version of the handset with both a 4.7-inch and 5.5-inch screen. 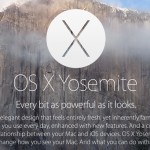 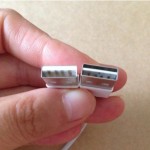 More evidence emerges that the 'iPhone 6' Lightning cable will offer a reversible USB plug
Nothing found :(
Try something else