You are using an outdated browser. Please upgrade your browser to improve your experience.
by Brent Dirks
August 8, 2014
It’s back to the drawing board in the anti-poaching case involving tech workers and big name companies Apple, Google, Intel, and Adobe. According to CNBC, a California judge has rejected a $324.5 million settlement previously agreed to by the parties:

The ruling by U.S. District Judge Lucy Koh in San Jose, California, said the proposed settlement amount "falls below the range of reasonableness."

Before a trial, which could have seen the defendants fork over anywhere from $3 billion to $9 billion to the tech workers because of anti-trust laws, the settlement was announced back in May. Shortly after the settlement was announced, we reported that one of the four plaintiffs, Michael Devine, called the settlement “grossly inadequate.” Judge Koh in June also voiced issues with the low settlement amount. Previous defendants Intuit, Lucasflim, and Pixar have already settled for a combined $20 million. The lawsuit accused the tech companies of conspiring with each other to not poach employees. We will definitely keep you informed regarding any more news in the case. For other news today, see: Family Sharing information appears on App Store listings, Apple donates $1.6 million to aid Chinese earthquake victims, and New images show off the scratch-resistant Apple logo for a bigger, 4.7-inch 'iPhone 6.' 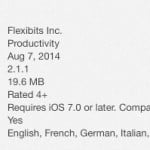 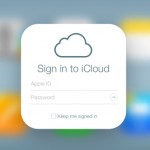 Apple reports iCloud mail is down for some users
Nothing found :(
Try something else