You are using an outdated browser. Please upgrade your browser to improve your experience.
by Bryan M. Wolfe
August 7, 2014

On Tuesday, Sept. 9, we should finally get our first official look at the next-generation iPhone. Until then, “iPhone 6” rumors continue to pile up. Which rumors are most likely to come true? It’s time to take a look.

During the next few weeks, we’re going to hear a lot about “announce” and “ship” dates for the iPhone 6. The former is when Apple unveils the new product, the latter when the device is released to the public.

Some believe Apple will only announce a 4.7-inch iPhone 6 on Sept. 9, thereby delaying the launch (and shipment) of the long-rumored 5.5-inch model until later in the year.

This is very unlikely. If Apple plans to release two new iPhones in 2014, they will announce each at the same event.

In other words, one iPhone announced next month means there will only be one iPhone this calendar year.

What is most likely to happen is that Apple will announce both iPhones in September, but delay the ship date of the larger model until late October or early November.  This would give consumers a choice: buy the 4.7-inch iPhone 6 in late September, or wait until later and buy the 5.5-inch model.

Through its partner GT Advanced Technologies, Apple is said to be making a boatload of sapphire glass at plants in Arizona and Massachusetts. This material has long been expected to be used for the display on the iPhone 6 and “iWatch.”

Some rumors now suggest that Apple will forgo the use of sapphire glass, at least on the 4.7-inch iPhone 6.

How likely is this? Again, we go back to launch dates.

If Apple only announces the 4.7-inch iPhone 6 in September, expect it to come with a sapphire crystal display. Otherwise, expect the material only on the larger model.

My gut tells me that both models will feature the harder material, but that remains to be seen.

It’s almost certain that the next-generation iPhones will feature larger batteries because of the likely bump in screen size.

The iPhone 5s and iPhone 5c have 4-inch screens and come with a 1,570 mAh battery. The iPhone 6 is likely to feature a 2,100 mAh battery, which sounds about right.

It has long been rumored that Apple will be bringing near-field communication (NFC) technology to iOS devices. To date, however, the company’s close-proximity wireless efforts have used a combination of Wi-Fi and Bluetooth. The company’s iBeacon specification, for example, uses this combination.

If Apple plans to introduce some sort of “iWallet” product alongside the iPhone 6 next month, I would expect it to use NFC. Otherwise, it won’t be happening, perhaps ever.

Even the weakest iPhone updates over the years have featured a processor bump, and the iPhone 6 will continue this trend.

The next iPhone is likely to contain the new "A8" chip. As VentureBeat first noted, the A8 "will run at a frequency of 2.0 GHz per core and will create noticeably faster response time and graphics rendering in the new phones, the source says. By comparison, the A7 chips in the iPhone 5 run at only 1.3GHz per core."

We'll continue to follow this story. In the meantime, what do you hope to see on the iPhone 6? 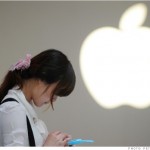 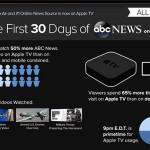 After only a month on the Apple TV, ABC News is a hit
Nothing found :(
Try something else