You are using an outdated browser. Please upgrade your browser to improve your experience.
by Bryan M. Wolfe
August 6, 2014
The 4.7-inch “iPhone 6” may come with a 2,100 mAh battery, according to ESM-China electronics analyst Sung Chang Xu (via G for Games). If this is correct, it would represent a significant battery jump for Apple's next handset from both the iPhone 5s, and previous iPhone 6 rumors. In July, Chinese sources indicated that the 4.7-inch iPhone 6 would feature a battery that would measure between 1,800 and 1,900 mAh. At the time, “every Apple fan in China” was wondering if that was enough, given the likely bump in the screen size for the new handset. Xu’s sources said that these units were used for testing purposes. As such, "the final product could be launched with a meatier 2,100 mAh unit under the hood." The iPhone 5s and iPhone 5c have 4-inch screens and come with a 1,570 mAh battery. Even at 2,100 mAh, the battery on the 4.7-inch iPhone 6 would be dwarfed by those found on competing phones, including the Samsung Galaxy S5 (2,800 mAh), HTC One M8 (2,600 mAh), and LG G3 (3,000 mAh). Apple is likely to unveil the 4.7-inch iPhone 6 on Wednesday, Sept. 9. The announcement of a 5.5-inch model is also possible, though less likely. See also: Analyst touts key differences between Apple’s two long-rumored ‘iPhone 6’ handsets, and Apple can't hide the fact they are about to launch the 'iPhone 6,' 'iWatch.' 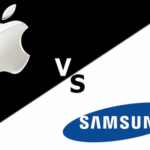 Apple and Samsung agree to drop all patent lawsuits outside the U.S.
Nothing found :(
Try something else