Misfit isn’t letting the impending arrival of Apple’s “iWatch” get it down. The Shine fitness tracker maker has announced the availability of an expanded developer toolkit for third-party apps and devices.

At the same time, the company has announced that 30 partners have already signed on to integrate the new assets in software, hardware, and beyond, according to AppleInsider.

Back in June, Misfit introduced an app that worked with the Pebble Watch. The app is unique because it allows users to track their daily progress without any additional hardware.

Next Tuesday, Sept. 9, Apple is expected to announce the company’s first wearable device. The iWatch is expected to integrate with Apple’s already announced Healthkit platform.

Released in 2013, the Misfit Shine is a $100 fitness tracker that can monitor activity and sleep. It’s about the size of two quarters and can be worn in a variety of ways, including as a wristband, pendant, or clothing attachment.

For more information on Shine, check out our original review of the device here on AppAdvice. 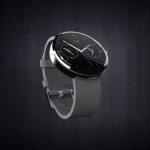 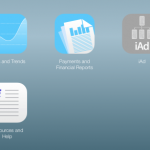