Apple has thrown its weight around to secure a sweet deal for its rumored mobile payment service.

According to Bank Innovation, Apple has been able to snag lower transaction fees with five of the biggest financial institutions – American Express, JP Morgan Chase, Citigroup, Capital One, and Bank of America.

The report says that Apple has convinced all five to consider transactions as “card present,” which offer a lower rate because of a smaller risk of fraud:

Beyond that, Apple has also managed to bump down the actual “card present” rate by 15 to 25 basis points, according to people with knowledge of the talks. Normal “card present” discount rates, which are shared by issuers and networks but determined by the network, are about 1.5%, which means that Apple appears as though it will get around a 10% discount on the processing rate it will pay. Last quarter, Apple generated $4.5 billion of iTunes revenue — this implies that Apple will save at least $27 million as a result of these deals with the banks. Of course, more revenue volume is expected upon launch of Apple’s payments venture.

Apple was also able to negotiate the lower rates because of some security elements. Along with biometric authentication via the Touch ID sensor, the service will also depend on location data from the NFC chip.

Interestingly, the site says only one other retailer has been able to negotiate such a big discount with the financial institutions – Walmart.

The payment service is expected to be a major functionality of both the “iPhone 6” and “iWatch,” which should both be unveiled at a special media event on Tuesday, Sept. 9. The iWatch, according to recent reports, will offer a flexible screen and wireless charging capability. 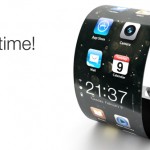 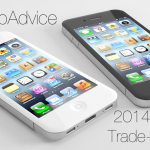 Your 2014 Apple iPhone trade-in guide
Nothing found :(
Try something else