It looks like Apple plans on changing when it releases iOS updates, beginning in 2015. The new schedule could mean the introduction of more updates throughout the year, or a new naming convention altogether, according to 9to5Mac.

According to 9to5Mac’s sources, Cupertino is currently working on iOS 8.1, iOS 8.2, and iOS 8.3. These could be minor software updates, or represent something much bigger.

One idea floating around is that Apple plans on ditching the iOS 7, iOS 8, iOS 9 conventions. Instead, the company could be planning on retaining the iOS 8 name in the same way it uses OS X for Mac.

In the meantime, see: Readdle updates PDF Expert 5 with iOS 8 optimizations plus other enhancements, There’s no going back: Apple is now preventing downgrades from iOS 8, and How does iOS 8 perform on Apple’s iPhone 4s? 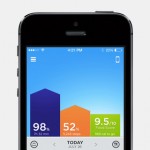 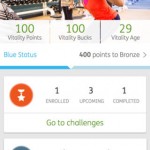 The HumanaVitality mobile app now supports Apple’s HealthKit
Nothing found :(
Try something else