Apple is expected to cause its competitors some major bottlenecks as it dominates the shipping channels out of China with its large shipments, primarily including its new product lineup this fall.

As reported by TechCrunch:

Apple shipments via major concerns like FedEx and UPS are said to be ‘incredibly high’ for the holiday quarter, pointing to a massive number of iPhones and whatever other units Apple announces for the fall season incoming. The company is apparently flooding its channels with devices, causing shipments for other ‘top tier’ device makers to be delayed to make way for Apple products.

The delays are apparently so large-scale that one unnamed manufacturer has been notified that shippers are likely to miss their deadlines since they’re all but fully booked by a “very important customer” — which almost certainly refers to Apple.

Last July, Apple was reported to be preparing a record number of units for its next-generation smartphone by the end of the year: between 70 million and 80 million units combined of its rumored 4.7-inch and 5.5-inch models for the “iPhone 6.”

The “iPhone 6,” which is expected to be unveiled by Apple on Sept. 9 and released a bit later, is projected to sell as many as 10 million units during its first weekend alone. In fact, this early, the device has attracted thousands of preorders from customers in China.

In addition to the iPhone 6, Apple’s fall lineup is rumored to include updated versions of its tablets, dubbed “iPad Air 2″ and “Retina iPad mini 2.”

Apple is also expected to announce its long-rumored wearable product next week. But the so-called “iWatch” is reportedly not due to begin shipping until next year. 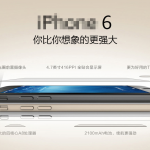 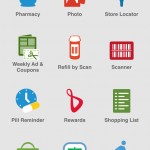 Apple reportedly prescribes new iPhone payment platform to Walgreens and CVS
Nothing found :(
Try something else