For its highly anticipated iPhone 6 and iPhone 6 Plus launch next week, Apple is set to introduce a new system to facilitate the purchasing process of its new flagship smartphones.

As reported by 9to5Mac, the new system places customers in a virtual queue to rest assured that their desired products won’t ultimately be sold out, rather than requiring them to actually line up with reservation cards. It’s called Reservation Pass:

It will sync with Back Of House inventory information in realtime so Apple doesn’t handout too many product reservations. Customers will receive their digital reservation card via SMS or Email. A reservation allows the customer to come back at any point during the day to make their purchase. Customers could also leave line in the past but it was not encouraged since the physical card reservation system was not as accurate as the new Reservation Pass system.

The 4.7-inch iPhone 6 and the 5.5-inch iPhone 6 Plus are scheduled to be released on Friday next week, Sept. 19. Apple will begin accepting preorders for the devices this Friday, Sept. 12. 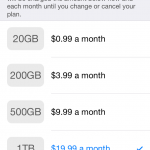 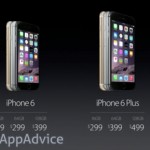 Apple offers better storage prices for the iPhone 6 and iPhone 6 Plus
Nothing found :(
Try something else