Cupertino’s recently unveiled iPhone 6 isn’t just a pretty face: in fact, under-the-hood Apple has made some smart improvements to the device’s Wi-Fi and 4G LTE connectivity, meaning Internet browsing should be quicker on the new handset than ever before.

Both handsets now support up to 20 LTE bands – that’s more than any other smartphone – and LTE roaming is naturally better than ever before.

VoLTE (that’s voice-over-LTE) also features on the iPhone 6 and iPhone 6 Plus, and this should make calls sound better. “We’re working with a lot of carriers around the world,” Phil Schiller explained on-stage.

Finally, Wi-Fi performance is three times faster with Apple’s iPhone 6 handsets, and Wi-Fi calling is supported as of iOS 8. T-Mobile in the United States and EE in Britain will support this feature.

Besides improvements in the wireless department, Apple’s iPhone 6 also includes a bigger, thinner redesign, a sapphire-coated screen, and a number of further spec improvements.

Check our home page or our live blog for more of today’s news as it’s announced. 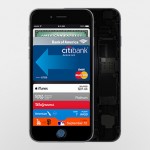 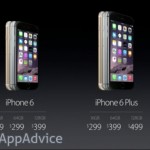 Apple offers the iPhone 6 and iPhone 6 Plus with 128 GB of storage
Nothing found :(
Try something else