On the Friday before Apple’s big event, new images have leaked apparently showing camera parts for the 5.5-inch “iPhone 6.” The photos come courtesy of Feld & Volk (via MacRumors).

The images suggest that the rear camera module is thinner and larger than the one found on the iPhone 5s. Previous leaks have indicated that the larger iPhone 6 will have a camera lens that protrudes.

Feld & Volk says the rear camera does indeed appear to include optical image stabilization (OIS), as the camera assembly has some freedom to float within its module. Rumors have differed on whether the iPhone 6 will include OIS and if so, whether both the 4.7-inch and 5.5-inch models will support it.

The other newly leaked images show the iPhone’s protective mesh for the speaker and microphone holes, and the rubber seal around the device’s power button.

Apple is expected to unveil a 4.7-inch and 5.5-inch iPhone 6 on Tuesday, Sept. 9 at a media event in Cupertino, California.

For more about the next iPhone, see: Ask Siri about the new ‘iPhone Air’ and you’ll see its Wikipedia page, Your 2014 Apple iPhone trade-in guide, and Apple’s ‘iWatch’ to come in different sizes, multiple styles when it launches in 2015. 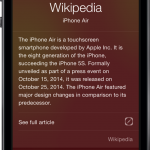 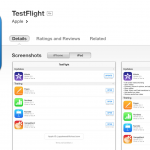